Let us carry on the spirit of Tiger in this year of the Tiger and “Bring Back the Tiger” together!

Tan Sri Lee Kim Yew, the founder of Country Heights Holdings Berhad, is looking forward to the year of the Tiger. To celebrate the arrival of the year of the Tiger, he will exhibit his tiger collection to the public, including the largest and most unique tiger statue in Malaysia. At the same time, he will also display his new Guanyin Statue Collection – “Ten Thousand Hands Guanyin”

Tan Sri Lee Kim Yew stated that the year of the Tiger is significant for Malaysians because it is also the crucial year in which the Malaysian economy starts to recover from the pandemic.

“There is a tiger in everyone’s heart. In the year of the Tiger, I hope that Malaysia can awake its inner-tiger and make a strong comeback, to reclaim its former glory as one of the “Tiger Cub Economies”, Tan Sri Lee Kim Yew said.

Tan Sri Lee Kim Yew also stated that the year of the Tiger is a year for people of all races to come together to celebrate and promote the culture of the tiger, as well.

“Why does the culture of Tiger represent Malaysia? First, our national emblem was designed with two tigers, the national branded car, “Proton”, has the head of a Tiger as logo, and one of the endangered species – Malayan Tiger, is also protected by Malaysia,” said Tan Sri Lee Kim Yew, stressing that we should spread the Tiger spirit and promote better cultural understanding as well as racial harmony among all Malaysians.

The “Bring Back the Tiger” 2022 Chinese New Year Cultural Event is made up of three parts, including tiger statue and art exhibition, Guanyin Cultural Exhibition, as well as flower market and tea party.

The tiger statue and art exhibition will showcase Malaysia’s largest tiger statue. It is about 28 feet tall and weighed approximately 3 tonnes, and is made of aluminum by a North Korean artisan. Visitors will also get the chance to visit Tan Sri Lee Kim Yew’s collection of tiger-themed artworks, such as tiger embroidery.

Guanyin Culture Exhibition will showcase the largest Guanyin statue – “Ten Thousand Hands Guanyin”, as well as over 100 Guanyin statues. The 20 feet tall Guanyin statue was crafted by a master carver from Fujian, China, by using Nanmu.

There will also be a flower market at the event, selling various types of Chinese New Year flowers, tea leaves, and so on. Tan Sri Lee Kim Yew stated that a portion of the revenues would be used for charity courses and go to associations such as the Malaysian Lion Dance Association, 24 Festive Drums Association Malaysia, and The Sun Art and Cultural Theatre.

“Because of the pandemic, the cultural groups in our country have had a hard time in recent years. Thus, I hope that by selling flowers and tea leaves during the event, while helping the local sellers, we can assist the cultural groups at the same time and support the cultural development in the country, by providing them with both financial aids and moral support,” added Tan Sri Lee Kim Yew.

“Bring Back the Tiger” 2022 Chinese New Year Cultural Event will be held at the Palace of the Golden Horses from 1st February 2022 until 15th February 2022 (the Chinese Lantern or Yuan Xiao Festival), from 10am to 6pm. There will be a series of cultural performances on 12th February, including 24 Festive Drums Performance, “Malaysia Hundred Years of Drama Exhibition” by The Sun Art & Cultural Theatre, as well as public seminar on “Sun Yat-sen and Drama”. For more information, please visit Golden Horse Digital Investment Bank’s Facebook page.

All citizens are welcome to visit. Let us welcome the year of the Tiger together. 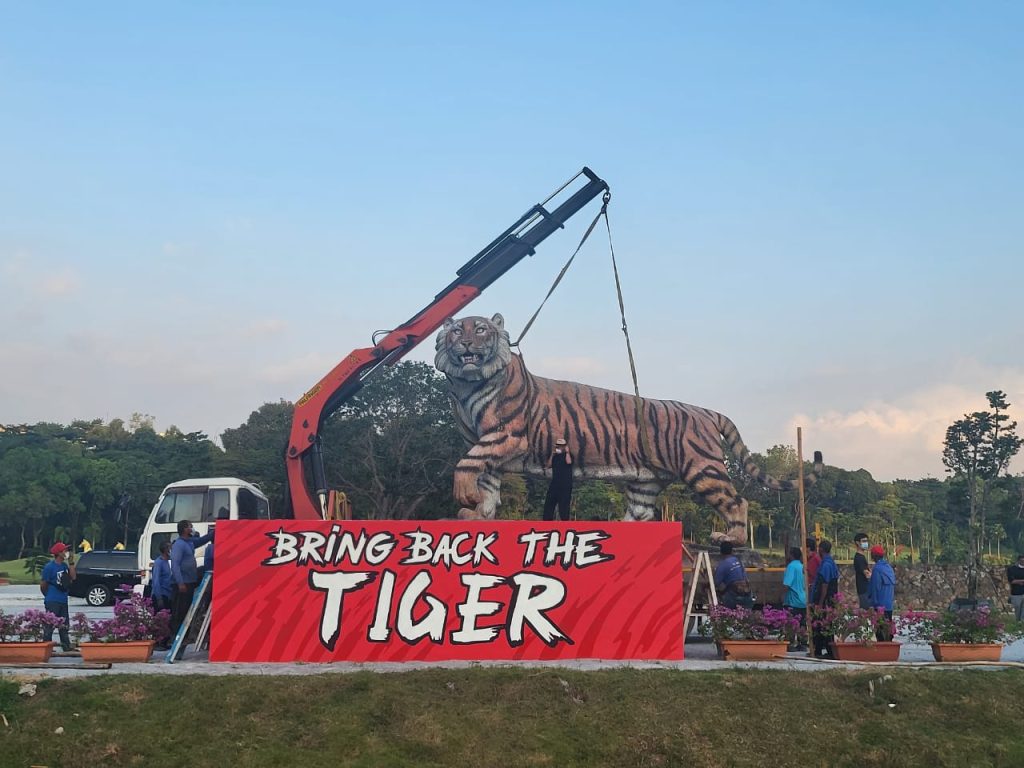